Due to COVID restrictions, the new school year started slowly with regard to sporting success.  Once we were able to compete in events again, the children at Stowford have shown that they had not lost their appetite for winning!

Congratulations to the Mixed Netball Team that entered the South Hams event, winning this and then representing the South Hams at the County Finals.  This was held in Paignton in March.  They came 3rd which was a massive achievement.  They showed incredible sportsmanship, fantastic teamwork, and brilliant attitude.  We are incredibly proud of them.

This is the team at the South Hams finals at ICC. 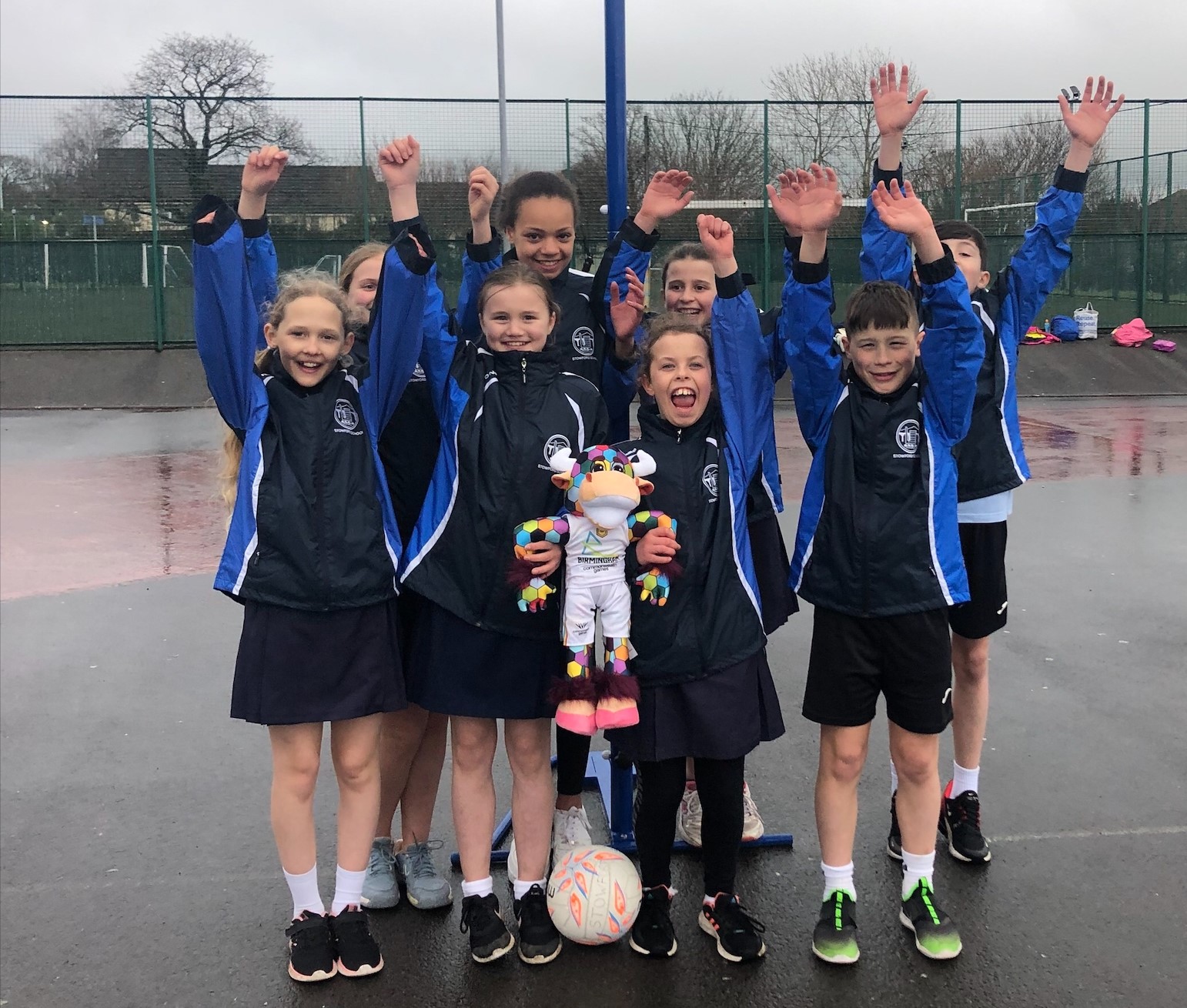 This is the team at County Games, Paignton CC. 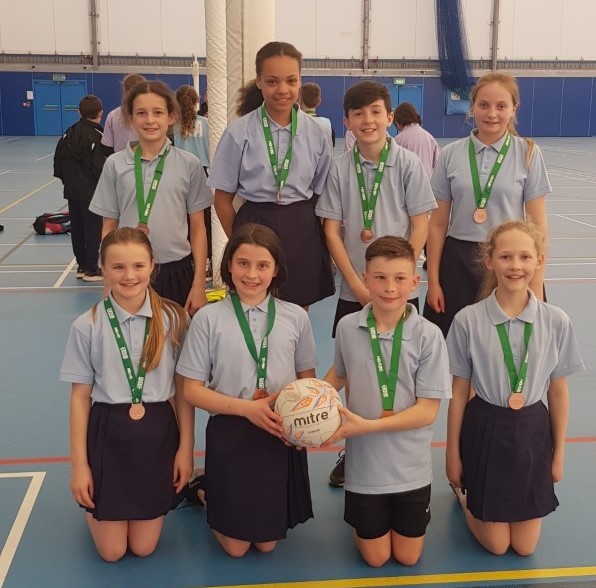 To celebrate National Girls Football Day, two teams represented Stowford at Ivybridge Community College.  Despite the heavy rain, the girls played really well and enjoyed themselves.  The years 3/4 unfortunately lost their final game but the years 5/6 won, meaning they went through to the County Games.  The girls had been receiving training sessions from a Plymouth Argyle coach and had only been training together for a few weeks.   The County games were held at the FA's County grounds in Newton Abbot.  It was an extremely hot afternoon and the girls really tried hard.  One of the FA referees, praised their efforts and improvement as the games progressed, but we were not placed in the top three.

This is a picture of both teams at ICC. 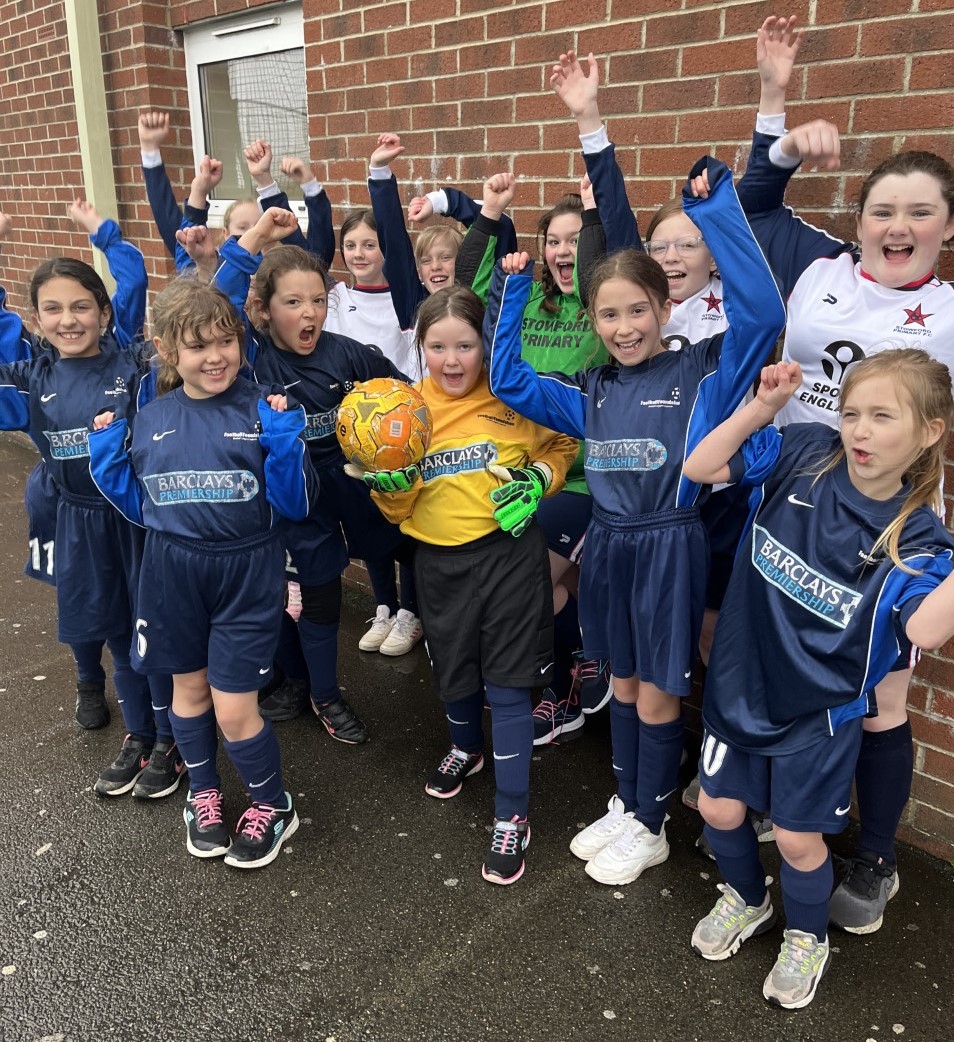 This is the team at County finals. 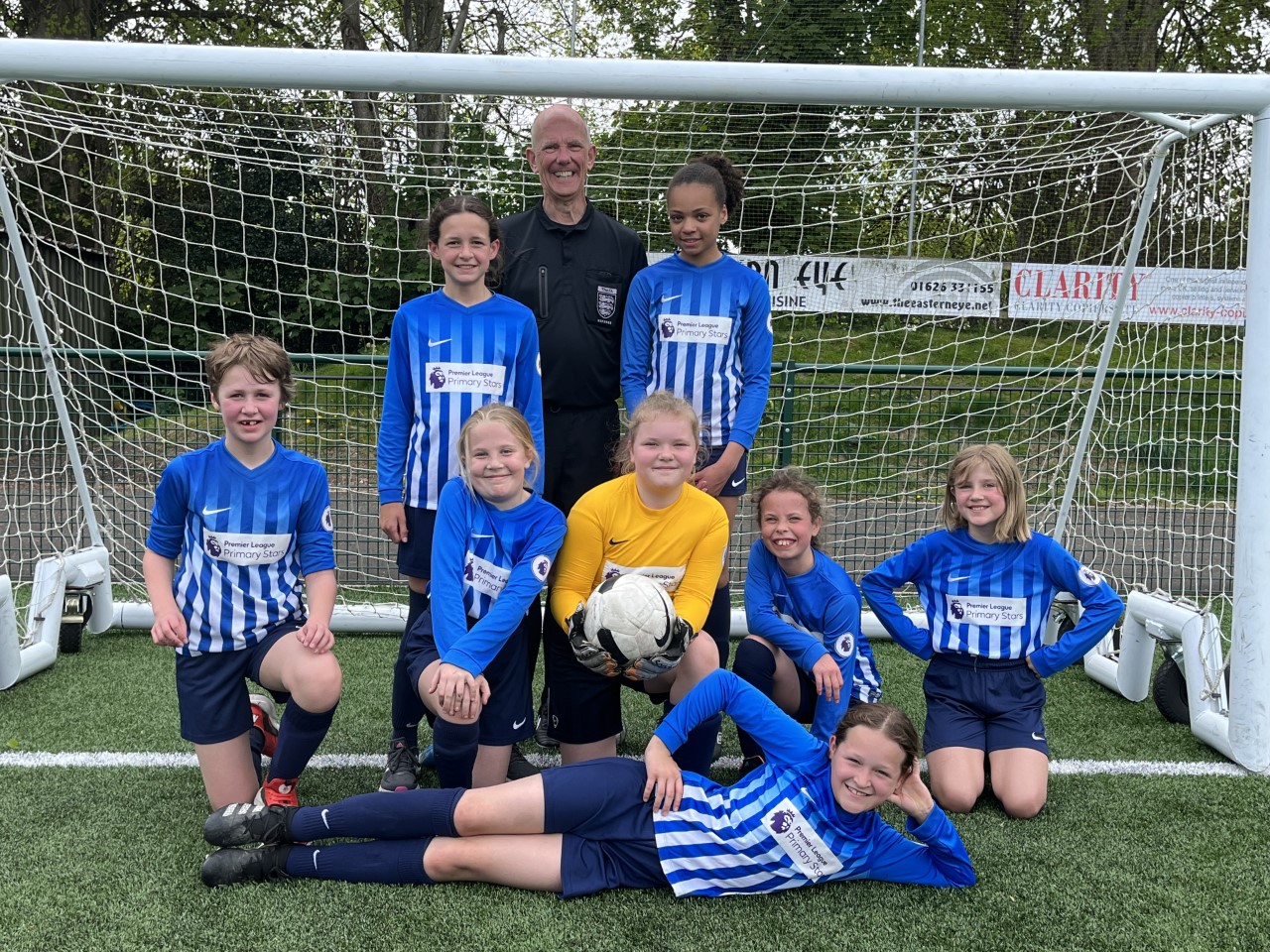 We are extremely proud of our mixed team of Footballers who won all their matches, including the final, at the WeST Football Tournament.  All schools part of out Trust were invited in attend.  They did not concede any goals either.  Well done all, true champions. 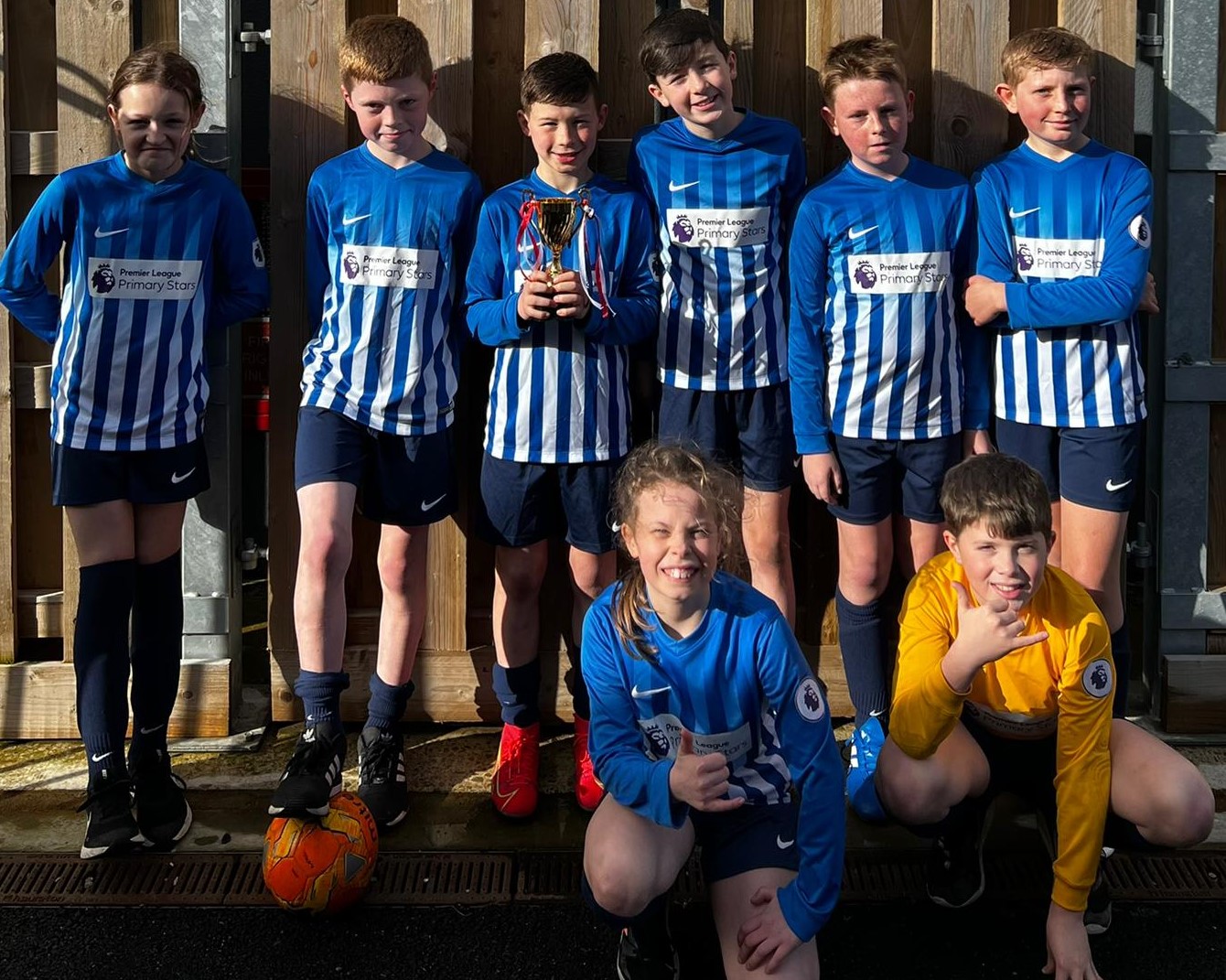 Every year at Stowford, during the spring term, all classes have dance for one of their PE lessons.  The focus is usually a class topic.  In 2020, all classes were preparing their dances based on sports to celebrate the Olympics.  Unfortunately, due to COVID, we were unable to share any of the children's hard work.  In 2021, most children were taught remotely and so once again the dance Performances did not happen.  This year was, for a while, touch and go, but we were able to share to parents the children's creations.  There were dances based on the Rainforest; animals within, explorers and destruction of; the Lion King and Africa and two special dances with Makaton, which is a type of sign language.  The year 1 classes had this challenging task as their class topic was about senses.  The whole day was amazing.  For any children this was their first occasion of performing in public, and they were proud of themselves as were all class teachers proud.                                           This is the Rainforest dance. 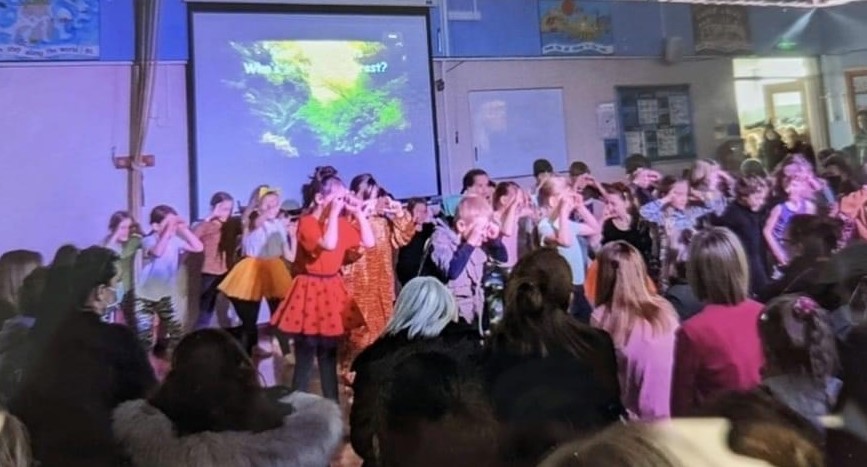 More success for Stowford with our mixed Rugby team who competed in the WeST Tag Rugby Tournament and were crowned overall winners.  They were amazing in all games.

Here is the team. 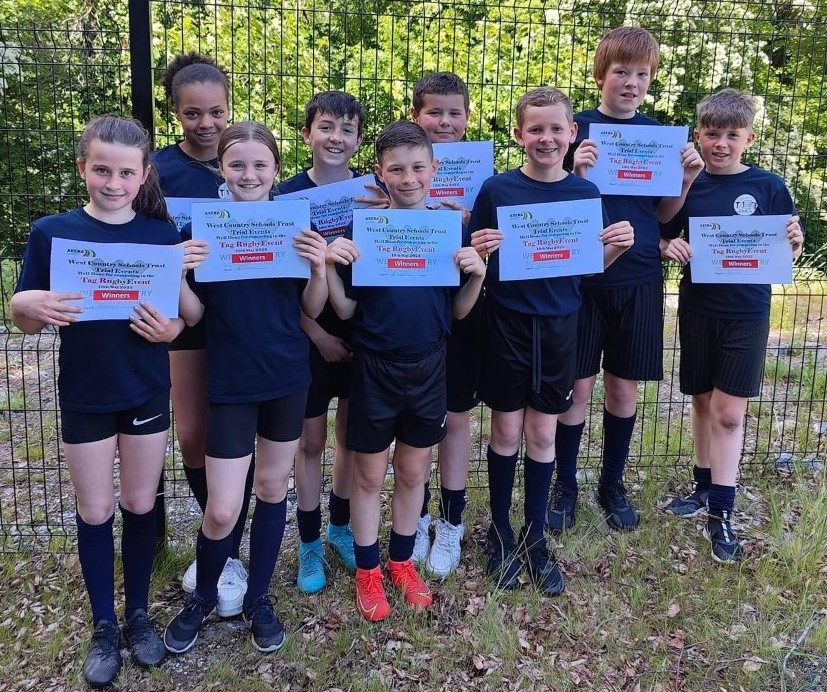 Recently, the children at Stowford had an assembly about the Commonwealth Games, which is to be held in Birmingham this July.  The children were lucky to meet the mascot, Perry and find out all sorts of facts about him.  It is very important that the children know about such events, especially one in our own country.  In the next month, two teams from years 5/6 will represent Stowford in a South and West Devon School Games competition focussing on Athletics.  Then two teams from year 2 will then compete in a WeST Multiskills event based on sports that are in the Commonwealth Games.   Hopefully more success to share before this year is over. 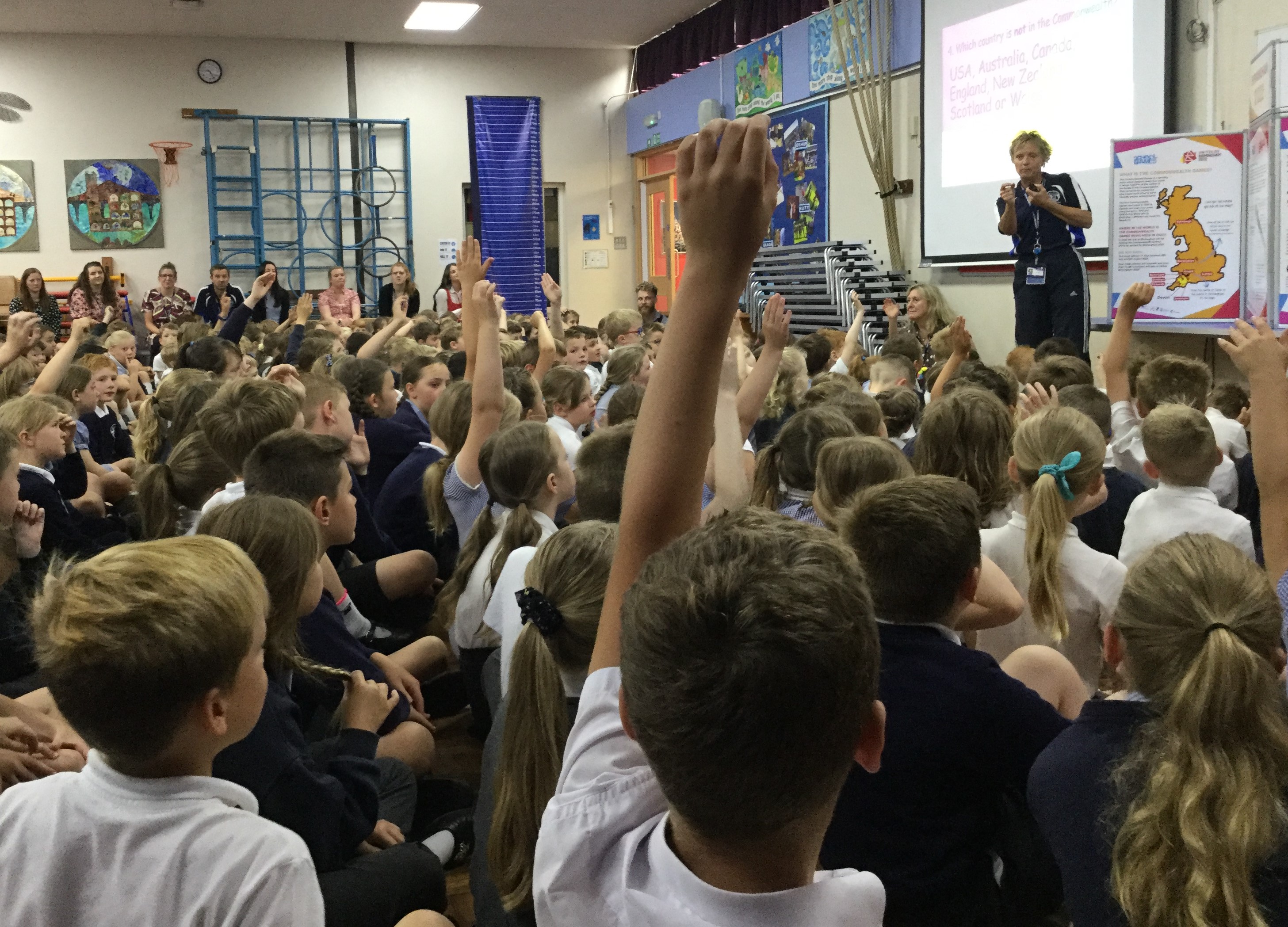 On Wednesday 29th June, sixteen children from years 5 and 6 (oh, and one from year 4!), attended Brickfields, the Sports Arena in Plymouth.  Here children get the chance to run on a proper 400m track, jump into the long jump pit, full of sand and watch all events from the stands.  We were all very excited to attend this Commonwealth Games event held for schools across the South Hams.

All children competed in the heats of 100m and 200m, then at Standing Long Jump and the Vortex throw.  Some children were then in the finals of the running events and then had to compete in the relay races, too.

Wow, what a day, the results were amazing.  Both teams were excellent, many children winning multiple medals.

Here are both teams, before the event., with Perry the Commonwealth Games Mascot. 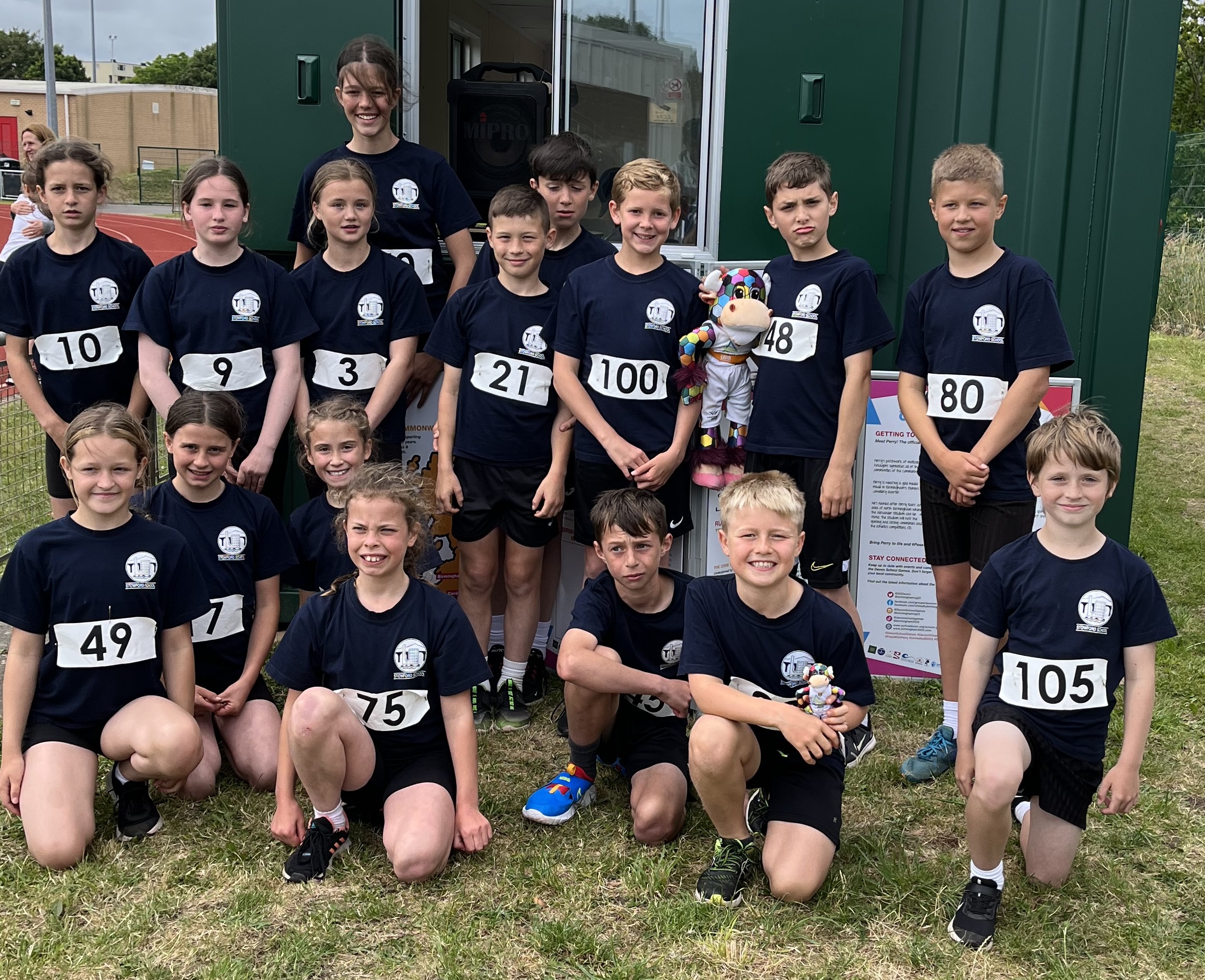 Here are the boys after their relay success. 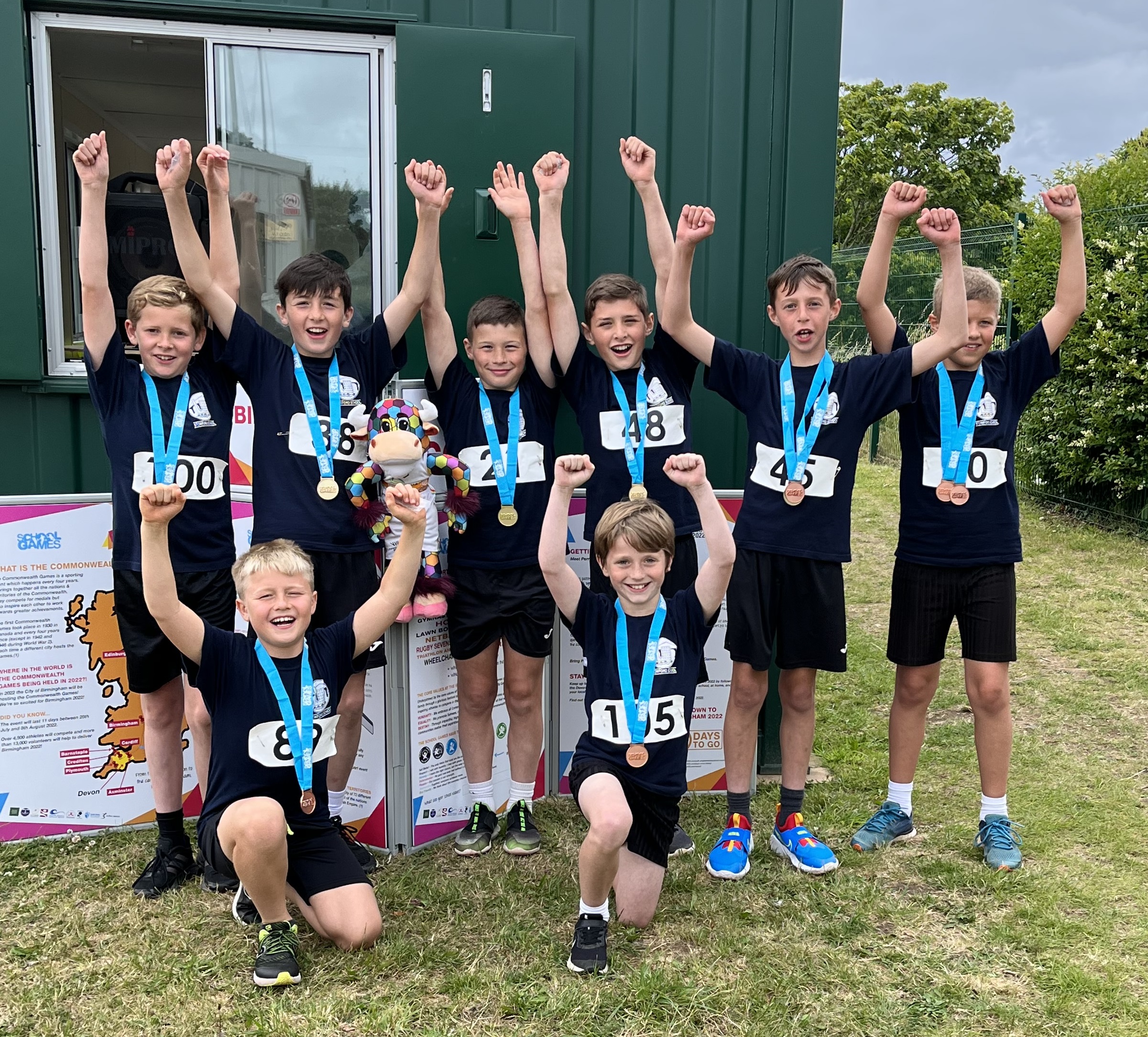 Here are the girls, they came 3rd in the Relay. 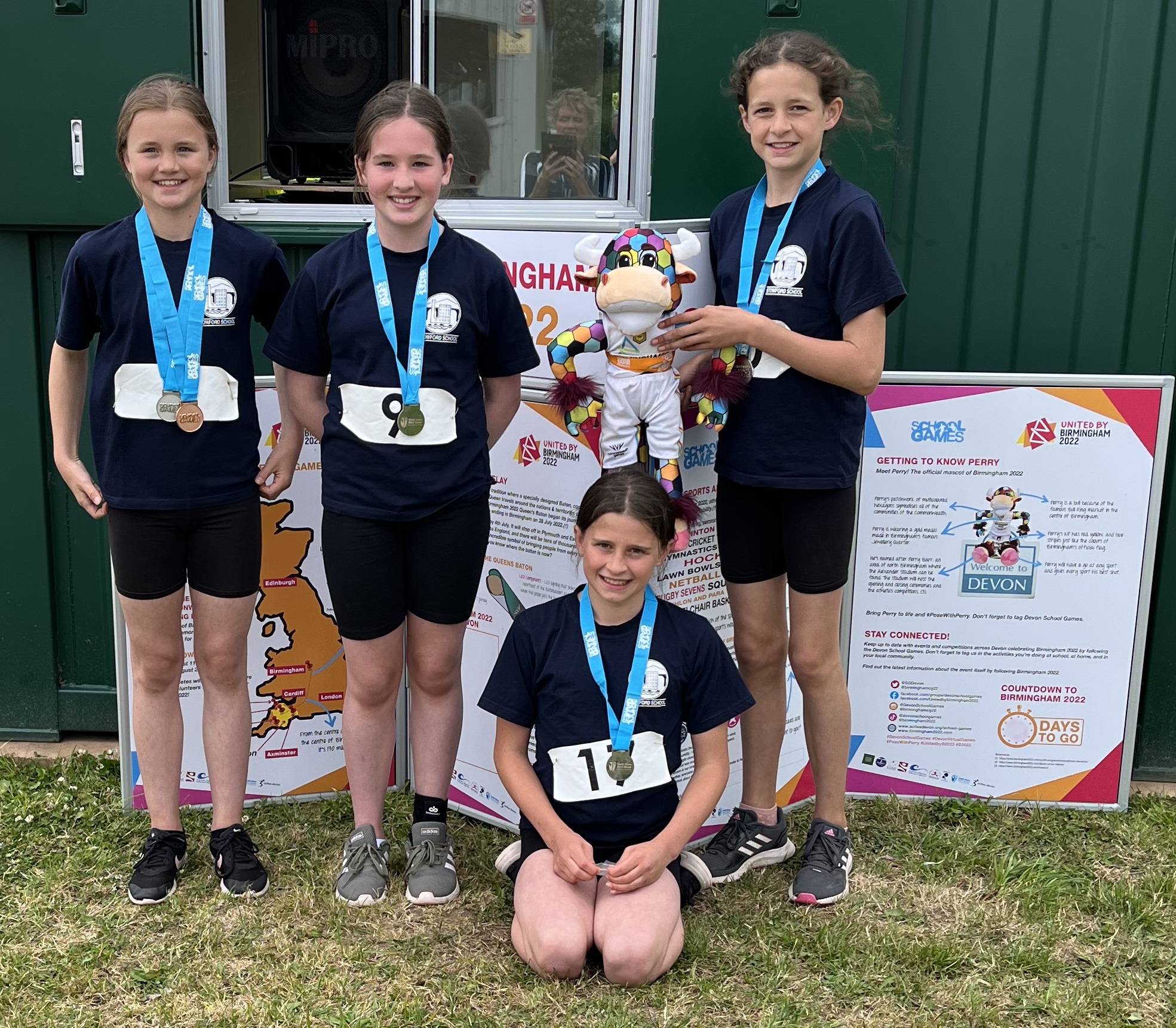 As the PE teacher at Stowford, I am immensely proud of all the children who have competed this year, for many this was their first ever event or the first for three years.  They have all been incredible.  Long my our successes continue!!!